The Lower Merion Police Canine Unit was established in 1998 and currently consists of four Canines and their handlers. Officers in the Canine Unit are assigned to each Platoon in the Patrol Division. They engage in a variety of specialized activities including tracking, apprehension of fleeing felons, building and area searches, and article or evidence searches. Canine Officers maintain a high level of visibility and participate in a wide variety of public appearances and educational programs.

In addition to basic patrol skills, the canines are trained in either narcotics or explosives detection.  The Canine Unit has proven to be very valuable asset for the police department.

Congratulations to both of our K-9 teams! 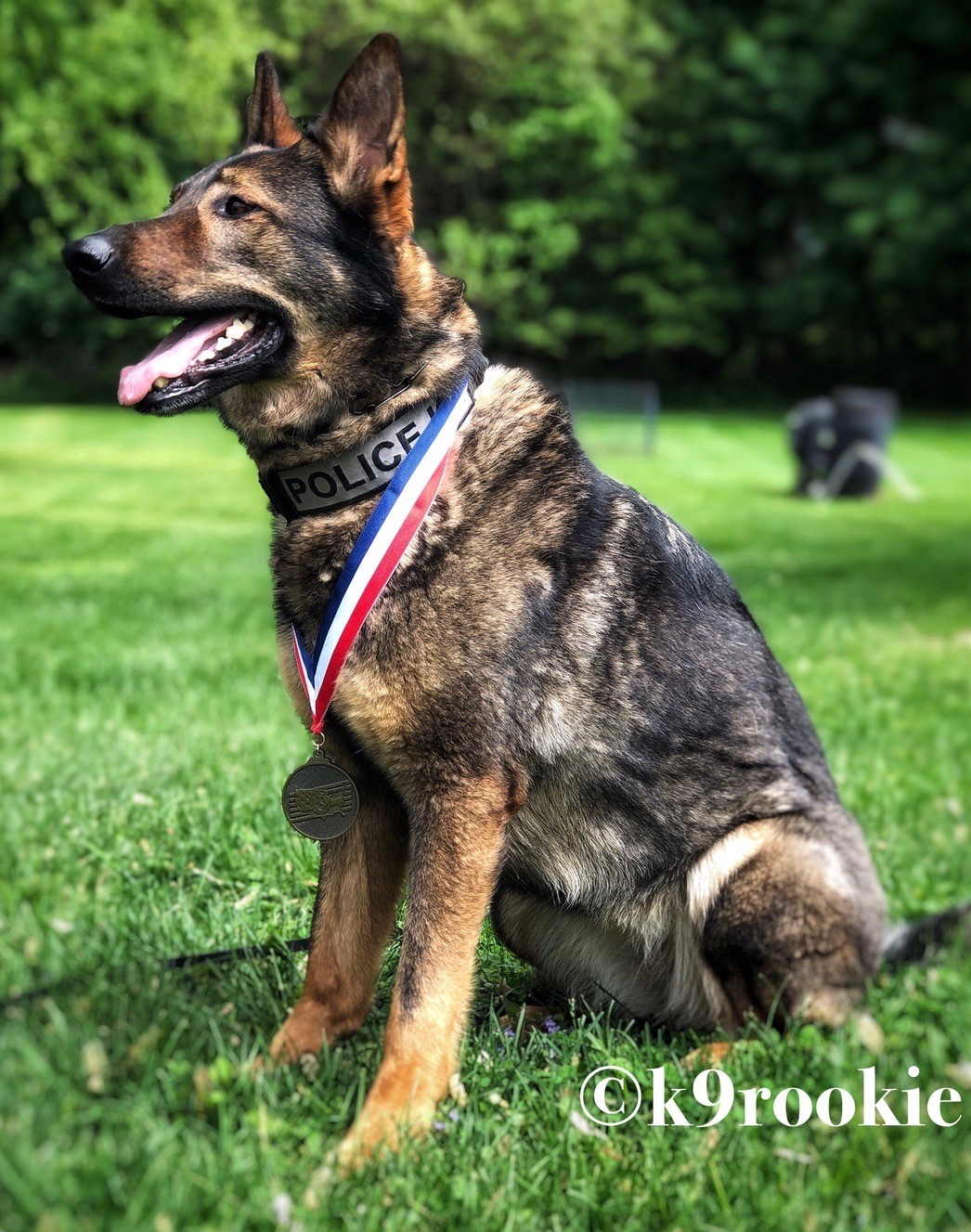 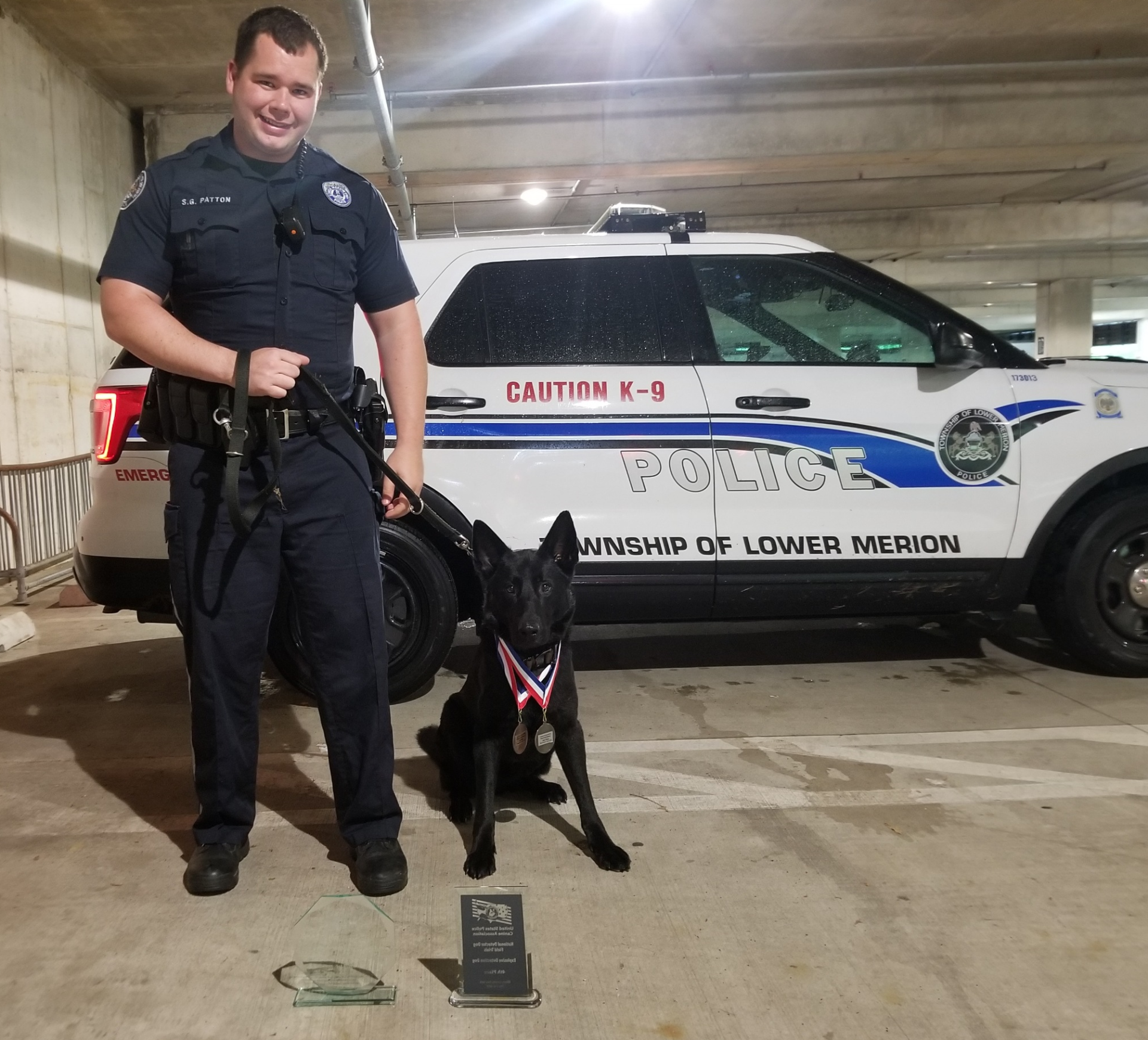 In the Spring of 2018 Officer Seamans and K-9 Rookie, along with Officer Patton and K-9 Fearghas,  participated in the United States Police Canine Associations’ regional explosive scent certification. This was hosted by the Bensalem Township Police Department.

This year 22 Canine teams participated in the certification from throughout the Mid-Atlantic region. Officer Seamans and K-9 Rookie had the highest aggregate score for the second year in a row for our region. Scoring 294.83 out of 300 possible points.   Officer Patton and K-9 Fearghas scored 261.50 out of 300. This new K-9 team placed sixth in their first explosive certification. 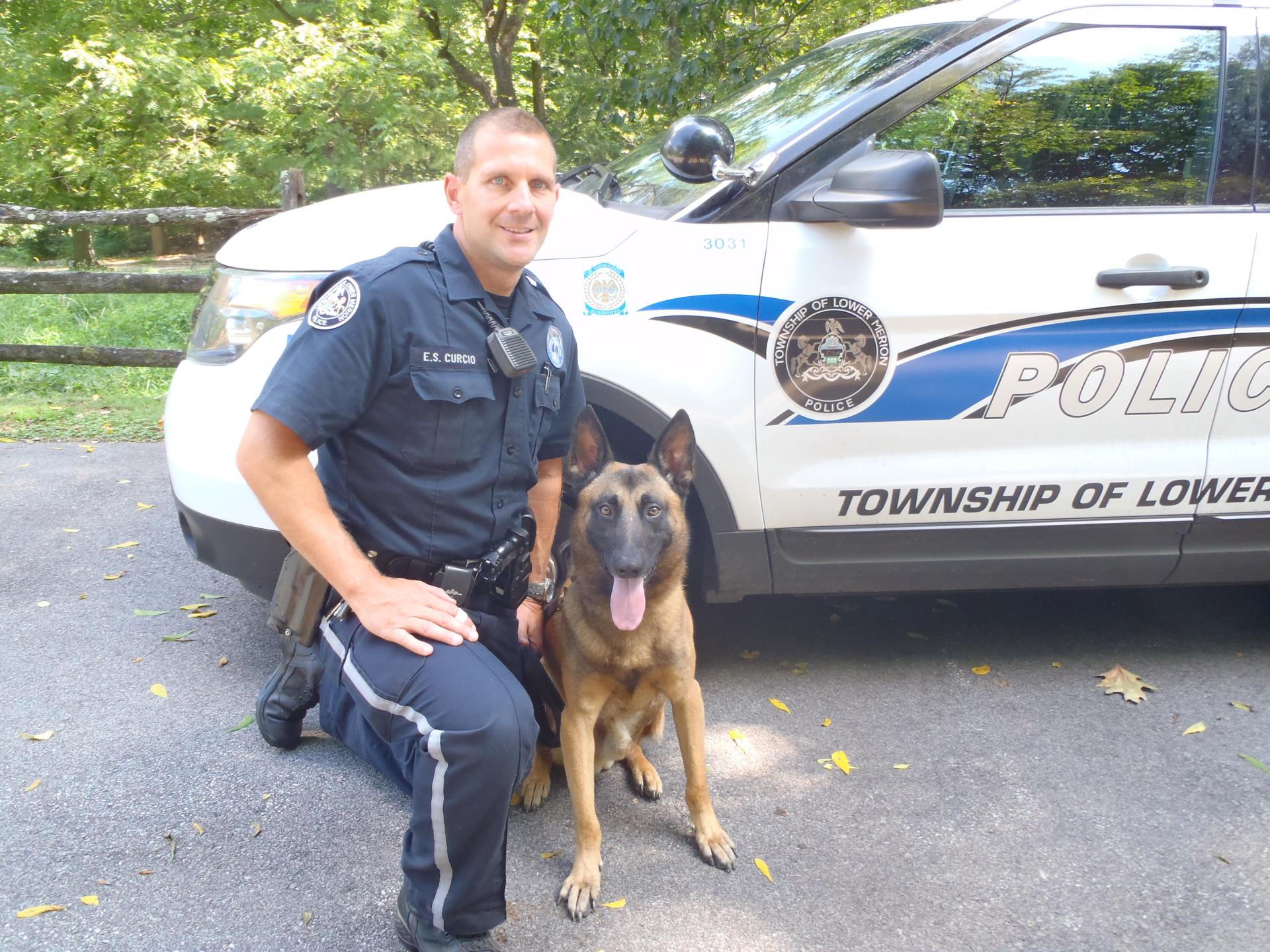 Canine Edo, a Belgian Malinoi, joined the department in the fall of 2013.  Handler Curcio and Canine Edo underwent 6 months of training at the Philadelphia Police Academy's Canine Unit and are trained in patrol service and scent detection.   Canine Edo's love for his job is evident through his high energy level and drive during all phases of work. 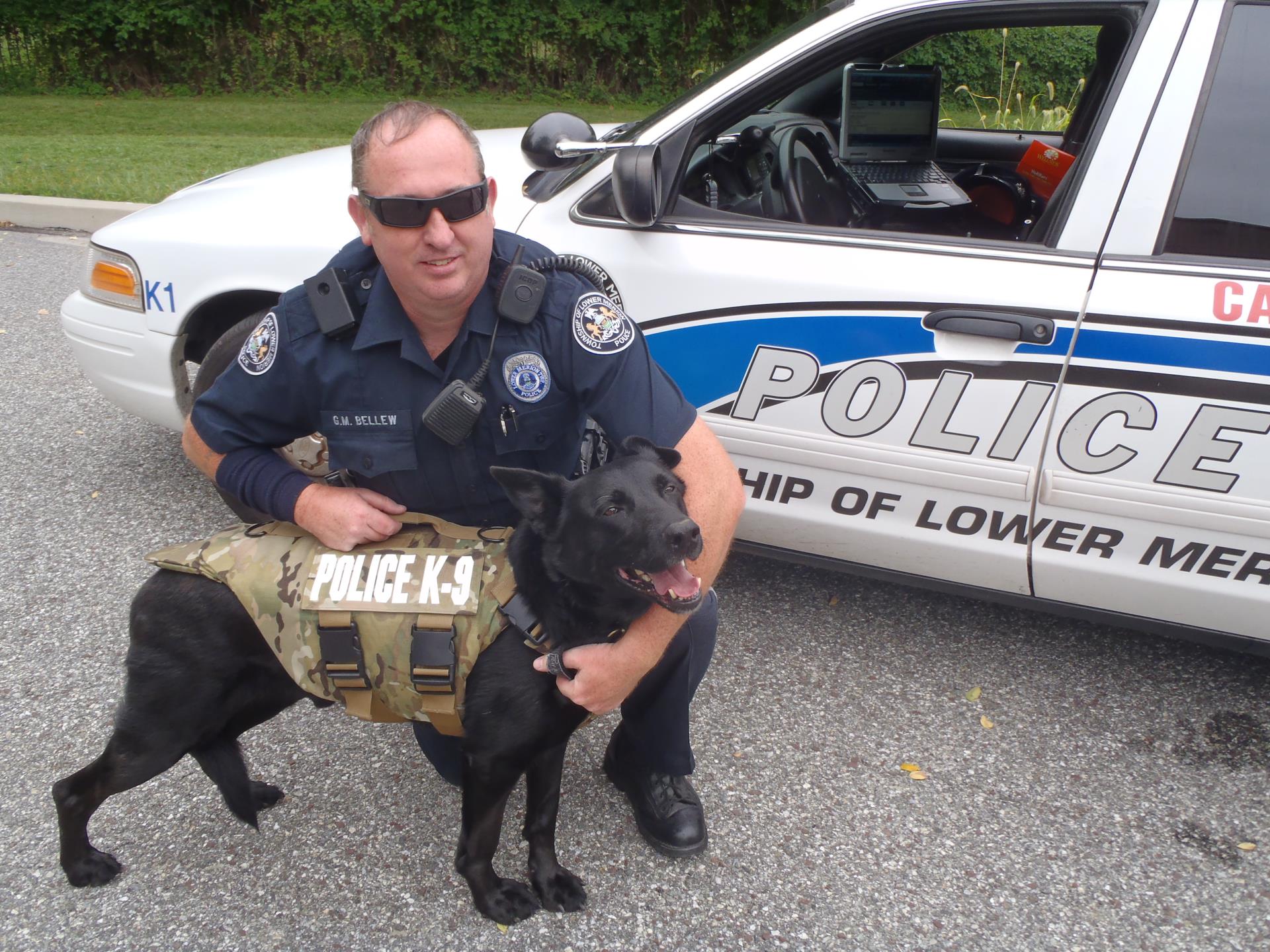 Canine Murphy, a Dutch Shepard, joined the department in the fall of 2009.  Pictured with his handler Officer Bellew, both were also trained at the Philadelphia Police Academy's Canine Unit.  Canine Murphy was named in honor of the Murphy family who donated funds to the Canine program.  Their generous donation allowed for the purchase of Canine Murphy, his training, and additional equipment for the Canine Unit. 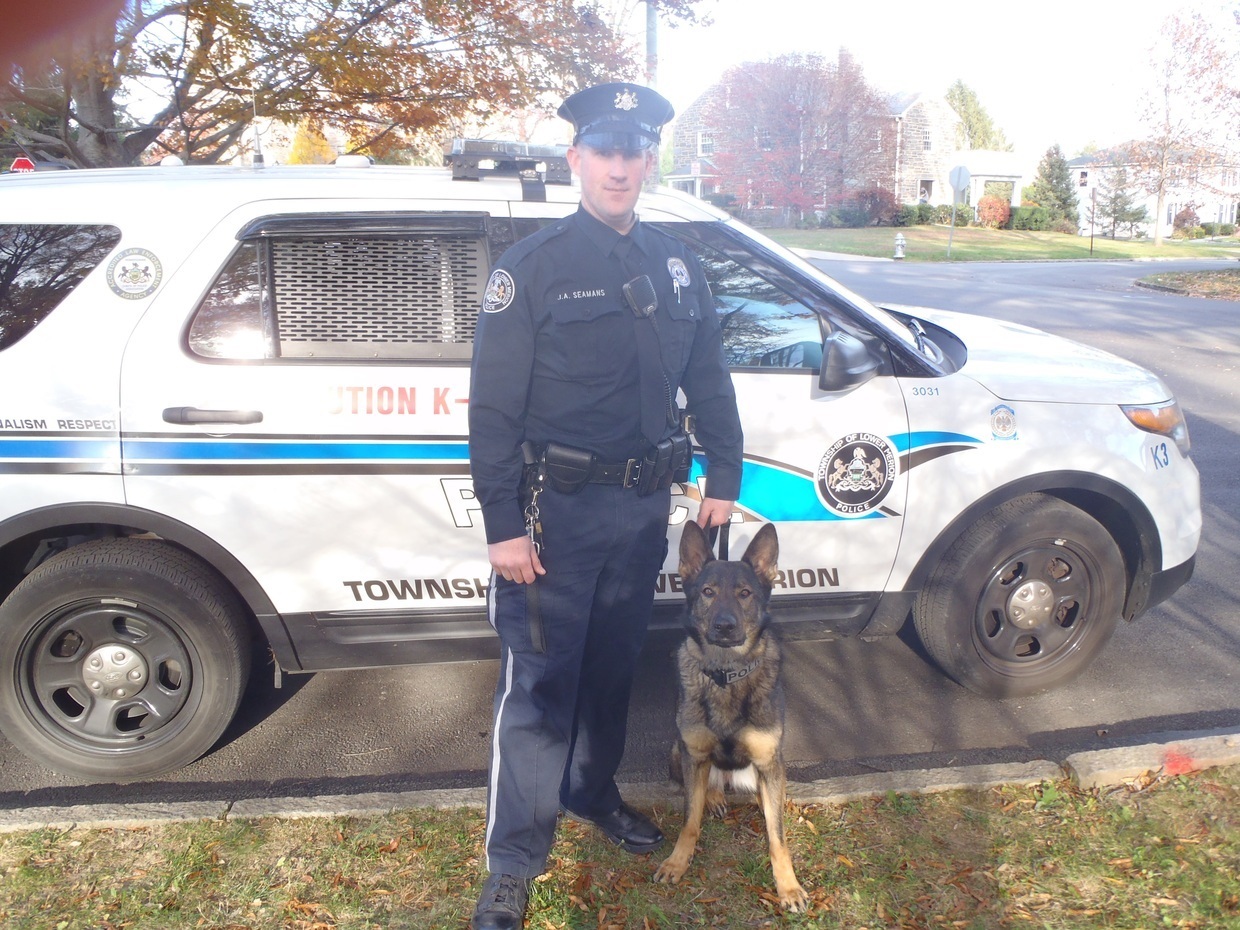 Canine Rookie is a female German Shepard who entered service in the Fall of 2015.  Canine Rookie is Lower Merion's first female canine and the first purchased from, and trained through, the University of Pennsylvania's Penn Vet Working Dog Center.  (If you would like more information about the center please go to their website: Working Dog Center)  Under past traditions the Canine Handler would name his partner when they began training together.   At Penn, all the canines are named in honor of previous working dogs and in Rookie's case, she is named for Rookie Guerrero, who deployed to the World Trade Center following the attacks on 9/11. 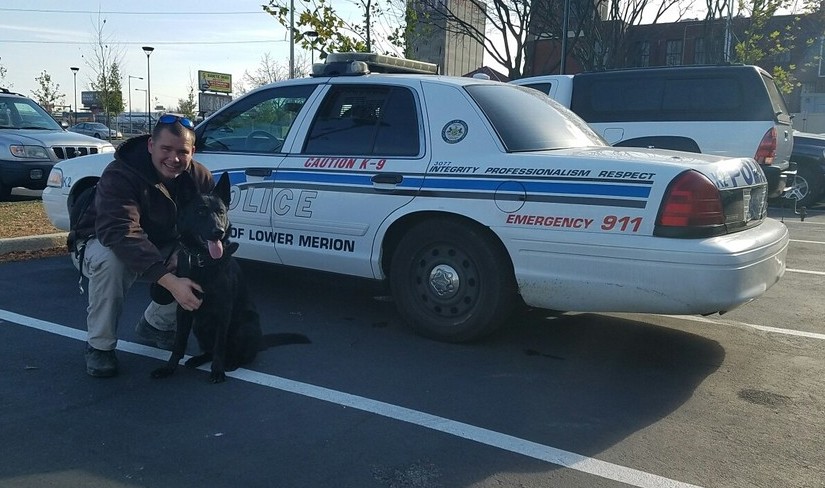 Canine Fearghas is our newest Canine and is currently in training at the Working Dog Center.  Fearghas and Officer Patton will enter service in the Spring of 2017.   Canine Fearghas is named in honor of Fearghas (Handler Beth Barkley) who deployed to the Pentagon following the attacks of 9/11.