The Lower Merion Township Building is restricted to public access and will be available for a limited appointment only basis. Please click here for a department directory. The Transfer Station is opened with regular hours but masks and social distancing are required. Clean up Weekend is back on July 11th and July 12th Fill out your Census today at 2020census.gov!

According to the survey report, “Overall quality of community life represents the natural ambience, services and amenities that make for an attractive community. How residents rate their overall quality of life is an indicator of the overall health of a community.” In the case of Lower Merion, 97% of residents rated the Township as an excellent or good place to live. Respondents’ ratings of Lower Merion as a place to live were higher than ratings in most other communities across the nation.

The survey was sent out in the mail in the Fall to 3,000 randomly selected households, distributed evenly throughout Lower Merion’s 14 wards, according to population. The response rate was 28%—a very good rate for a survey of this kind—or 847 returned surveys. In late November, the survey was then opened to all residents online for two weeks, and 955 more surveys were completed then, for a total of 1,802.

“It is not at all surprising to me that our residents have generally rated Lower Merion Township as an excellent place to live, and rated the services provided by the Township very highly—in many cases higher that the average ratings of other communities across the country who have conducted the NCS,” said Township Manager Ernie McNeely. “But ratings of various services provide us with indicators for where we can work to improve service to our residents, which is really the underlying purpose for performing the survey.”

Among eight facets of community living that were broadly considered, residents identified Safety and Economy as priorities for Lower Merion Township in the coming two years. Township residents gave favorable ratings to both of these facets as well as to all others rated, including Mobility, Natural Environment, Built Environment, Recreation and Wellness, Education and Enrichment, and Community Engagement. The NCS also captures residents’ opinions within three pillars of a community: Community Characteristics, Governance and Participation.

The complete reports of the 2016 National Citizen Survey results are above. The very detailed, in-depth survey results include the following reports:

PDFs of all reports are posted above.

“On one level,” remarked Dan Bernheim, President of the Lower Merion Board of Commissioners, “given this is Lower Merion, the excellent results are not surprising but, nevertheless, remain gratifying. On another level, a deeper dive into the data points to areas where we can strive for improvement in our perpetual quest to maintain and enhance the Township as a wonderful place to live, work and raise a family.”

A few of the survey results in the “Community Livability Report: 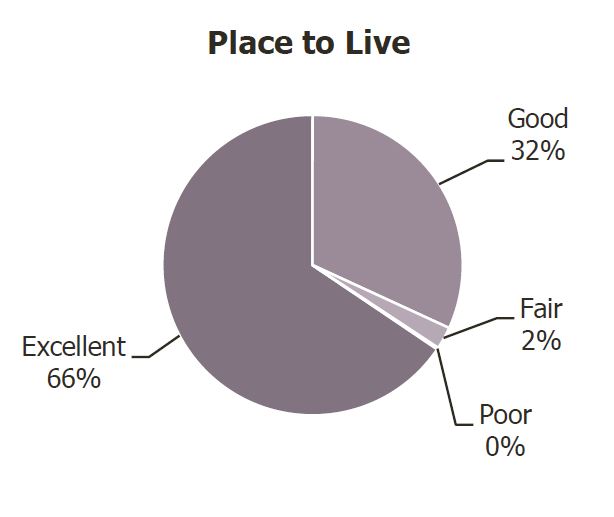 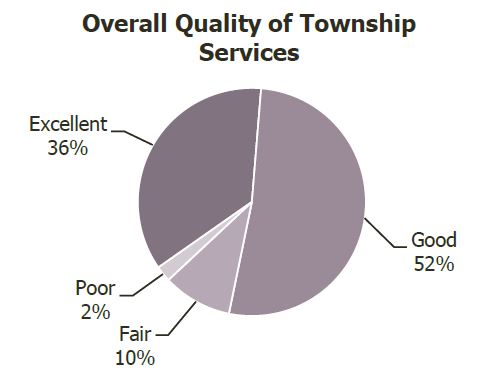 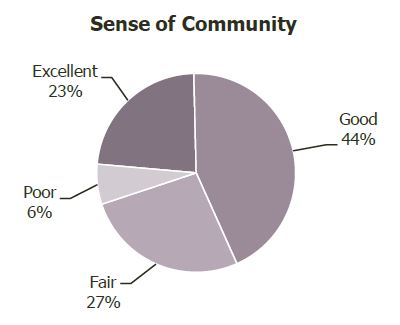 The margin of error around any reported percentage is 3% for the entire sample. Residents with questions about the survey or its results may contact the Public Information Office by phone at (610) 645-6199, or by exploring the reports above.

About The National Citizen Survey™ (The NCS™): The NCS (www.n-r-c.com/thencs) was among the first scientific surveys developed to gather resident opinion on a range of community issues, and has been used in more than 350 jurisdictions across 46 states. The NCS is also the only citizen survey endorsed by the International City/County Management Association (ICMA) and the National League of Cities.